Home » What to Do » Attractions » Civil War 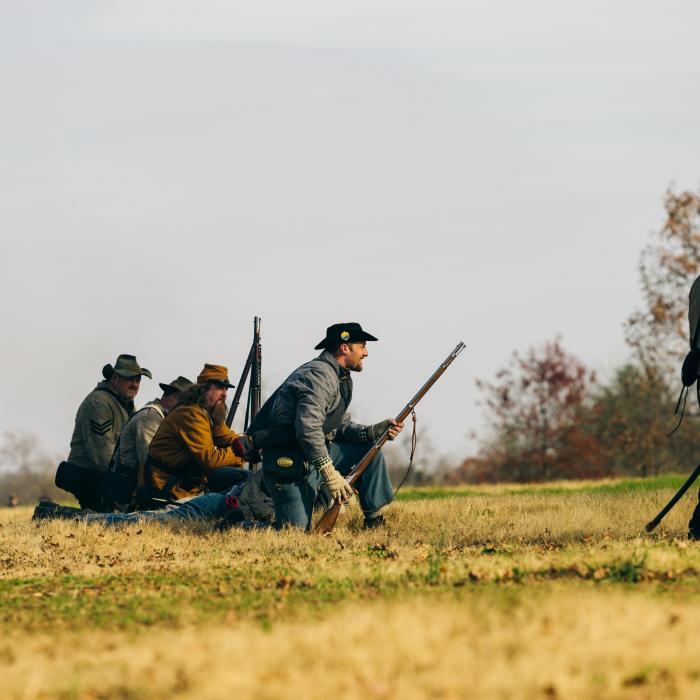 Through the blaze of re-enactors’ muskets, into history-rich towns, the Natchez Trace Parkway and communities along its path preserve some of the most exciting and intriguing Civil War history in America.

Near the northern terminus of the Trace in Franklin, Tennessee you’ll find the site of an incredible and hard-fought battle so intense it became known as “The Gettysburg of the West.” Travelers of all ages can trace the steps of both Ulysses S. Grant’s march to end the war and Nathan Bedford Forrest’s brilliant raids to harass and surprise the Union forces.

All along the way you’ll find countless battlefields, skirmish sites, antebellum plantations, and monuments to the men and women who sacrificed everything in America’s most tragic struggle. If you’re a Civil War history buff, the Natchez Trace Parkway is a place you simply must-visit.

Ready to plan your Trace trip and step back in time? Start here with our Interactive Map and build your own itinerary.

There are so many great historic and cultural highlights to visit on the Natchez Trace Parkway that it can seem difficult just deciding where to start. Allow us to help! From visiting interpretive sites to enjoying a tasty bite to eat in one of our 18 communities, your Natchez Trace journey will be filled with adventure.