Home » 3 Things You Didn’t Know About The Natchez Trace

3 Things You Didn’t Know About The Natchez Trace 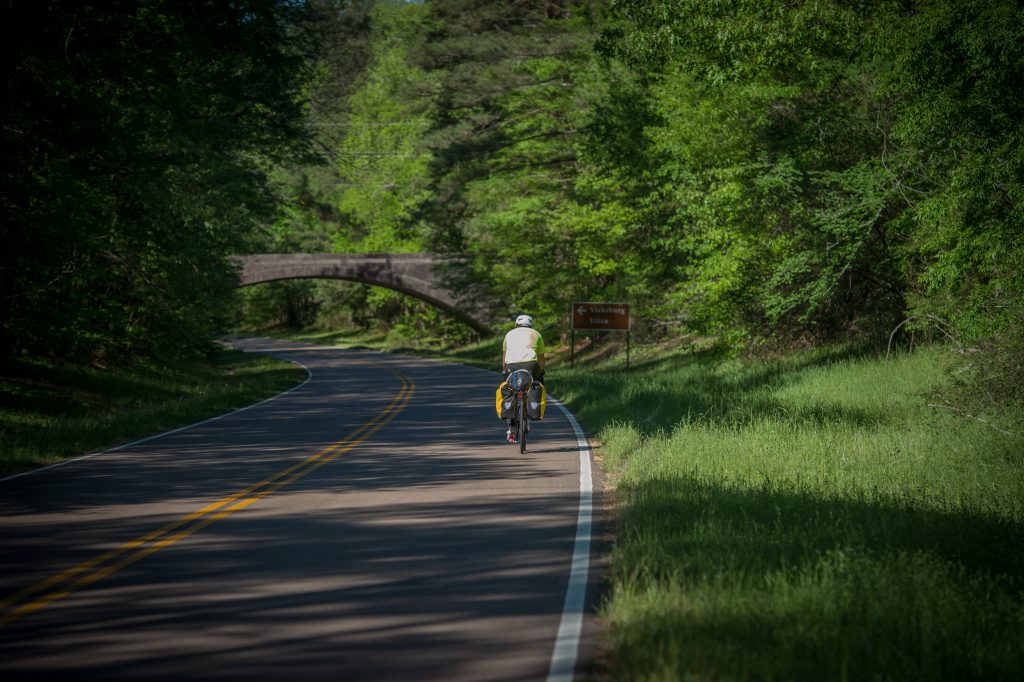 There are plenty of things many visitors already know about one of America’s favorite scenic byway — the Natchez Trace Parkway, of course. It’s an incredibly beautiful stretch of road, complete with outdoor recreation, cycling, and all manner of wildlife peeking out from the seasonal foliage. The 444-mile path from Natchez to Nashville is full of interpretive sites and history, from the days of Native American inhabitation to battles and skirmishes of the American Civil War and beyond. And small – and not so small – communities sprinkled along the 444-mile route are full of music, culture, and friendly local personalities.

But how about a few little tidbits of Natchez Trace-ness you may not have heard before? Here are three of our favorite lesser-known facts that make traveling the historic Trace just that much more special of a treat.

Although the current path we know and love was begun in 1938, and didn’t take its current form until 2005, the roots of this route are far older. The first human travelers were local Native American tribes including the Natchez, Chickasaw, and Choctaw nations. Historians have identified numerous sites along the Trace that date back to the Paleo-Indian Period, from roughly 14,000 to 9,000 years ago. Just think of all the unique peoples and personalities in whose footsteps you can follow – literally.

That’s right, bison. Anyone familiar with the American Southeast these days might be surprised to hear of bison navigating the back woods of Mississippi, Alabama, and Tennessee. Most folks associate the massive mammals with the open plains of the Old West, but they had their place down South as well. Bison, elk, deer, and their predators wore the trail one hoof at a time as they headed back and forth on migratory routes from wide-open grazing territory to visit tasty and nutritious salt licks near the foothills of the Appalachian Mountains.

3. The Natchez Trace is Curvy For Good Reason

It may seem like the scenic Natchez Trace Parkway is curved and winding just because it makes for a pretty and entertaining trip, but there’s actually a lot more to it. Both ancient animals and early human Trace traffic followed a curving route as they stuck to the ubiquitous hilltops and ridges that fill the area. They did this for two clever reasons.

First, following the tops of hills meant spending far less energy climbing up and down hills in efforts to walk as the crow flies. Second, traveling the tops of hills afforded a superior view of a person’s surroundings, decreasing the likelihood that a passerby would be ambushed by lurking mountain lions or dangerous highwaymen. While the Parkway’s shape echoes the path of the Old Trail, your journey today won’t follow the same pattern when it comes mountain lions! But thankfully the legacy of these security concerns now afford us excellent views from numerous scenic overlooks, and provide a little fun factoid to share with friends and family.

We hoped you learned something new about the historic Natchez Trace. Now it’s time to get outside and enjoy a piece of American travel history.

Check out this Road Trip Ready podcast with @lunat

📍 Milepost 259.7 Remember how we mentioned the

📍 Milepost 442 Life is not ruff when exploring

"Love is like wildflowers; It's often found in the