Based on the number of speeding tickets National Park Service Rangers write every year, we sometimes wonder if our neighbors who use the Parkway realize it is a scenic parkway meant for leisurely travel. Rangers are on pace to write more than 6,000 traffic tickets this year and have already made more than 9,500 traffic stops. The Parkway also logged its tenth motor vehicle fatality last week. In all but three of these deaths speed was a contributing factor. 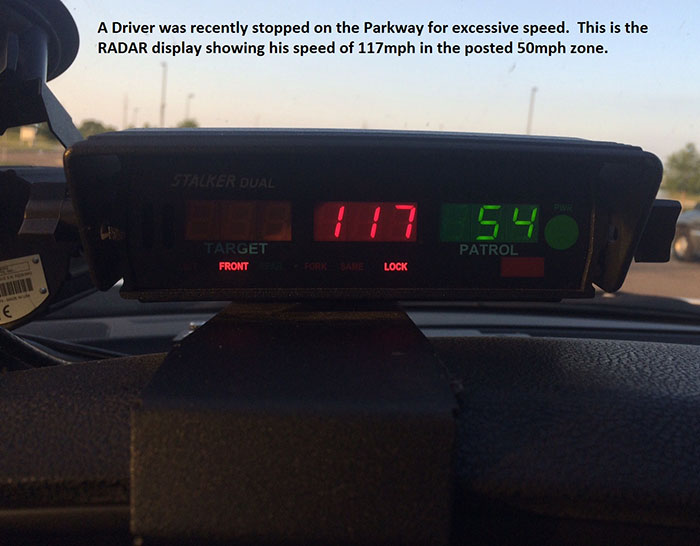 “The Parkway was not designed for high speed travel. It has narrow lanes, no paved road shoulders, and trees along the roadway,” said Chief Ranger Sarah Davis. “The faster you go, the less time you have to correct a driving mistake. On the Parkway, a mistake can be deadly.”

“Parkway visitors rarely speed, but Parkway neighbors are another story.  People who use the Parkway as a commuter route tend to drive faster and more aggressively,” stated Superintendent Mary Risser. “They are also the ones who die, or whose driving behavior results in someone else dying.”

“Rangers want everyone to get home safely every day and recommend that if you can’t drive 50 mph or slower, take another route,” concluded Davis.  “The Parkway is a scenic road designed for leisurely travel, not an interstate.  If you want or need to drive interstate speeds, go somewhere else.”

A waterfall a day keeps the doctor away. @visitthe

Get lost with your bicycle in @visitfranklintn thi

A @visitnatchez sunset this good doesn’t need a

@visitridgelandms has a plethora of outdoor activi

Take a walk on the wild side. 📍Tishomingo Stat

It's better to see something once than hear about

Amongst the trees and water! 📍Buffalo River

Getting outside is a great way to start the week!

The best routes are the ones you haven’t ridden

Weekends are for bike rides. 🏍️