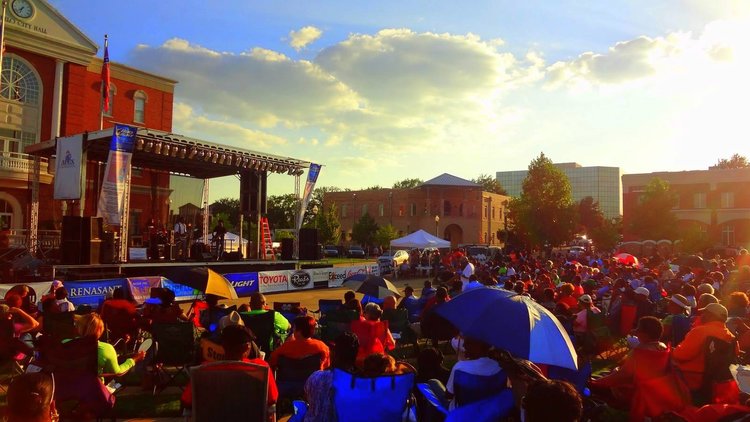 The Natchez Trace Parkway will close the Rocky Springs Site at noon, Tuesday, August 28, 2012. The closure is necessary to prepare for the heavy rains and winds forecasted for the storm “Isaac.” Travelers are also advised to avoid using the Parkway in southern Mississippi during the storm and in the aftermath, due to the possibilities of falling trees and other obstructions.

A special program of dulcimer music will be provided by the North Mississippi Dulcimer Association from 10:00 a.m. – 1:00 p.m. on Saturday, September 08, 2012, at the Parkway Visitor Center located at milepost 266 near Tupelo, Mississippi.

TUPELO, Miss. – On Thursday, August 9, 2012, Tupelo unveiled a larger-than-life statue to commemorate the 35th anniversary of Elvis’ death. Hundreds of fans gathered in the Tupelo Fairpark District, former site of the Tupelo fairgrounds where Elvis performed the famous homecoming concert in September of 1956, to see the statue unveiled.

TUPELO, MS: To celebrate the 96th anniversary of the National Park Service, the Natchez Trace Parkway will offer an interactive photography program at the Chickasaw Village Site (milepost 261.8 near Tupelo, Mississippi) on Saturday, August 25, 2012, at 8:00 a.m.

The Tombigbee Pioneer Group will perform living history demonstrations that show the challenges faced and creative solutions developed by those Americans who lived in the area from the 1700s to 1840. The demonstrations will take place at the Natchez Trace Parkway Visitor Center (located at milepost 266 near Tupelo, Mississippi) from 10:00 a.m. – 3:00 p.m. on Saturday, August 25, 2012

Rainwater Observatory in French Camp Mississippi will be offering a free program for this summer season called “EXPLORING SUMMER STARS “. This presentation will be given on Friday, August 10, 2012, starting at 7:00 p.m. by teacher and astronomer, David Teske.

A special program of dulcimer music will be provided by the North Mississippi Dulcimer Association from 10:00 a.m. – 1:00 p.m. on Saturday, August 11, 2012, at the Parkway Visitor Center located at milepost 266 near Tupelo, Mississippi.

Muscle Shoals Musicians Are ‘Taking The Funk To Franklin’

Franklin, TN – A top-shelf contingent of Muscle Shoals musicians will travel to Franklin, Tenn., on August 11 to showcase the signature sound that garnered international fame. Headlining the show at the historic Franklin Theatre will be rhythm and blues icon Percy Sledge.

Keeping outdoor events litter-free allows us to showcase two of the Shoals area’s most valuable assets – our rich musical heritage and the incomparable natural beauty that surrounds us. “In Harmony With Nature” (IHWN), an initiative that was launched two years ago and continues to gain momentum, is focused on encouraging environmental stewardship by supporting litter-free venues at festivals throughout Northwest Alabama.

Road construction will begin July 11, 2012 on a damaged section of the Natchez Trace Parkway at Milepost 94.8, south of Ridgeland, MS.

Who needs a plane ticket when you have a RV. So if

May is #NationalBikeMonth!! It just so happens tha

Find a beautiful place, and get lost. #WanderlustW

We want to hear from you. What's your favorite spo

Think outside. No box required. 📷: @dendenglenn

We have nothing to lose, and a world to see. #Wand

Time to get outside and breathe in some fresh air.

🎵🎵Oh, give me a home where the buffalo roam